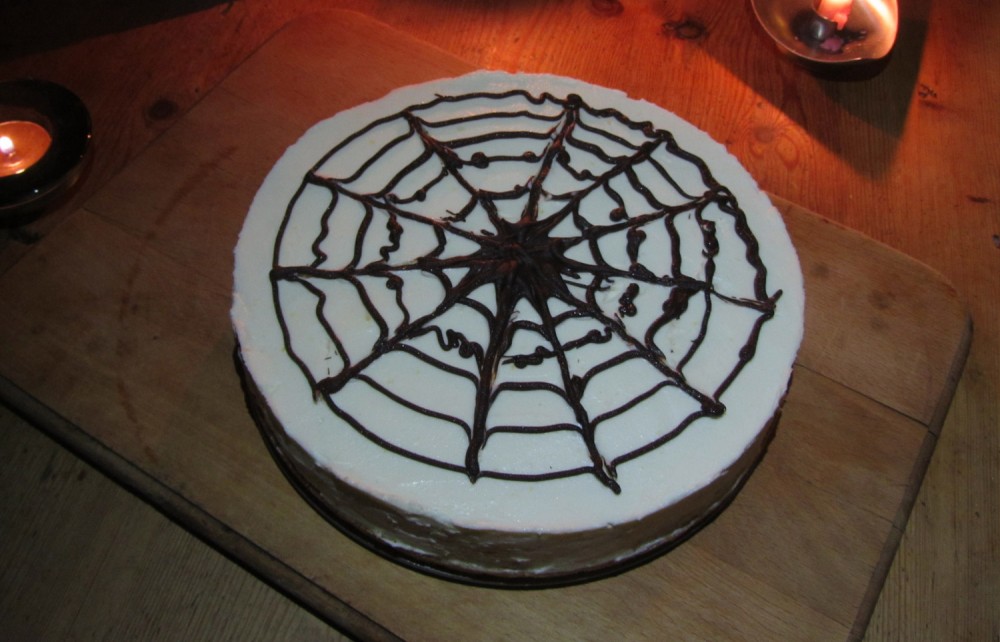 I’ve not really made any ‘novelty’ cakes on this site and that’s partly because I’m not a huge fan of them. In my eyes, a nicely baked cake is good enough without needing any superfluous decorations! Having said that, with Halloween just behind us, I thought it would be nice to try making something vaguely themed towards it without being too over the top! The results of my search led me to this Spiderweb Cheesecake recipe from the Cake Days book by the The Hummingbird Bakery, and making it proved surprisingly easy.

I’d never made a cake that you don’t have to cook, so I was equally excited and nervous about making it, but luckily it set fine. Trying to ice concentric circles on top of the spiderweb cheesecake proved a lot harder and I really need to practice my cake icing skills before trying anything like this again, but it tasted good and that’s the most important thing, right?

For the Biscuit Base

For the Spiderweb Cheesecake Topping

Grease an 8 inch (20cm) cake tin and line it with baking parchment, then, place the biscuits into a plastic bag, seal it shut and crush with a rolling pin. (Tip: Put the first plastic bag inside a second one in case one of them splits when you’re crushing the biscuits).

Pour the biscuit crumbs into a bowl, pour over the melted butter and mix together with a spoon. Pour the buttery crumbs into the lined cake tin, pressing them into the base of the tin, then place in the fridge for 20-30 minutes to cool and set while you make the spiderweb cheesecake topping.

Using either an electric mixer with the paddle attachment or a hand-held electric whisk, mix together the cream cheese, sugar, vanilla essence and lemon zest until smooth. In a separate bowl, whisk half of the double cream until it forms soft peaks.

Break the chocolate into a glass bowl and melt over a pan of simmering water, then remove from the heat and allow to cool slightly. Pour the chocolate into a piping bag and pipe onto the cheesecake in evenly spaced concentric circles….yes, this bit is sodding tricky so it might be worth having a practice onto a piece of paper before attempting the real thing! Using the point of a sharp knife, draw a fine line from the centre circle to the outer circle to create the spiderweb effect. Clean the point of the knife after making each line.

Place the finished spiderweb cheesecake in the fridge and allow it to set for a couple of hours, or preferably overnight. 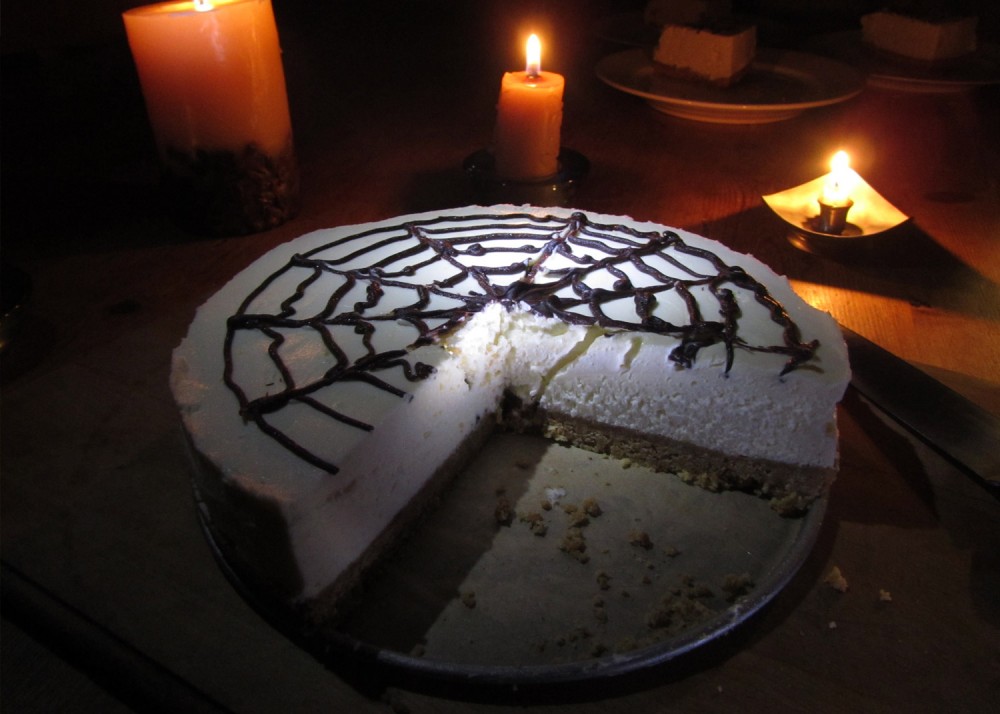